Your kids do Karate – what about you? | GKR Karate

Your kids do Karate – what about you? 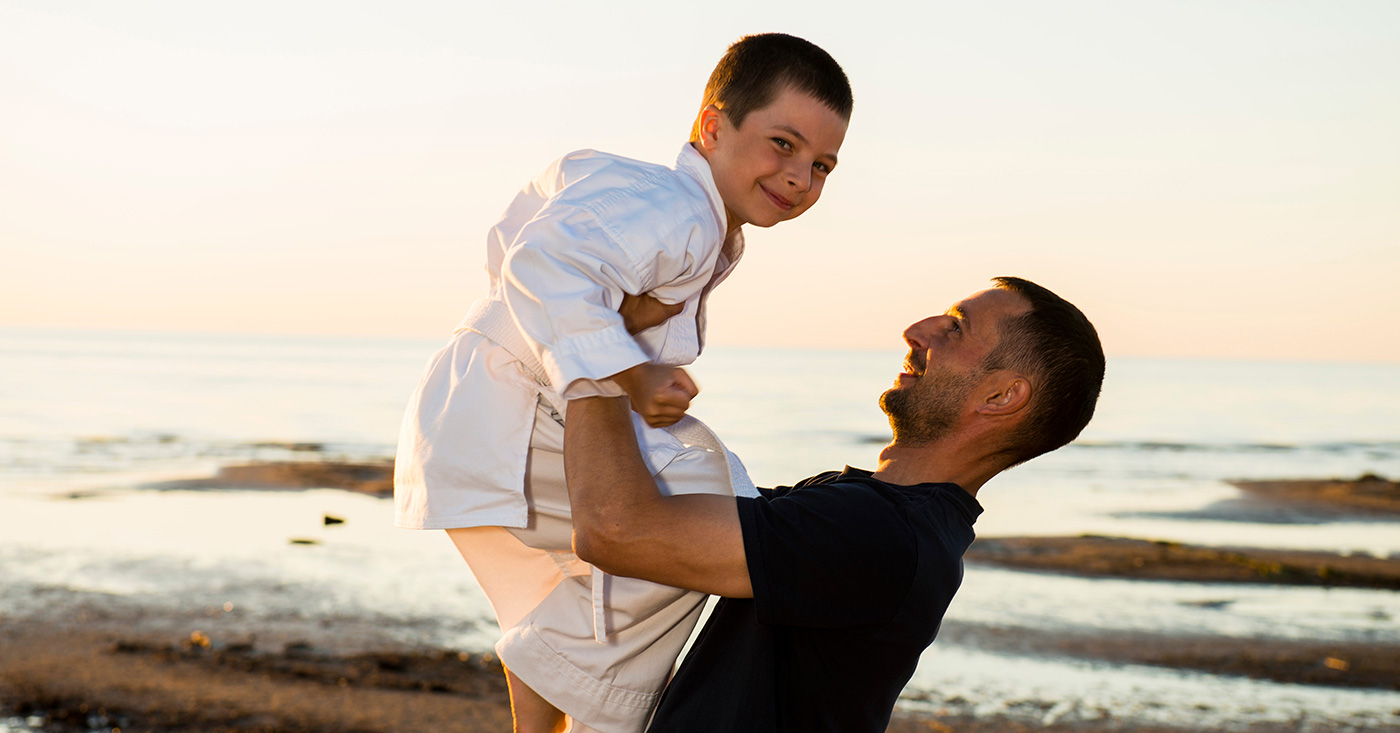 If your children have been doing Karate for any length of time, you should hopefully have seen the benefits that it brings.

Increased confidence, better listening and improved coordination and concentration are just a few of the positive aspects of training in Karate. And that is without discussing physical improvements such as fitness and balance.

For many of you, karate may be something that your kids do, along with football, gymnastics, ballet or any number of other pastimes, but it really shouldn’t be. Karate has a lot to offer to parents, and all adults!

Firstly, what other activity do you get to train at the same class as your kids? It’s a fantastic opportunity to have a joint interest, to learn together and to spend time together. 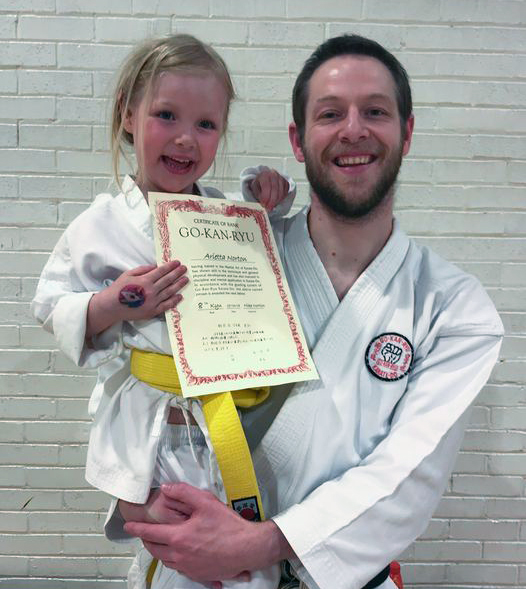 Sensei Mike Norton and his daughter

Maybe your child has already been doing karate a while. Even better! Let them teach you something for once. Get them to explain how to do First Kata – I’m sure they’d enjoy knowing something that you don’t. And the best bit about training at the same class as your kids…you are going there anyway, so why not stay and train?

So, as adults, what else do we get out of Karate?

The obvious stuff surrounds your fitness, which will improve. So will your balance, coordination and many other physical attributes.

Many people also find themselves motivated to make improvements outside the dojo, such as improving eating behaviours, reducing drinking, or quitting smoking. All because you know it will lead to improvements in your Karate. That might seem a little unlikely now, but once you’ve got the Karate bug, it is surprising what you will do to progress.

That’s the physical stuff, but what about mental benefits?

For some people, these can be even more significant than the physical ones. Life can be really tough and it doesn’t seem to be getting any easier. We have so many worries and distractions that it is sometimes impossible to switch our brains off. If this is you, then Karate may be your saviour.

When you train, you focus fully on what you are doing. You give everything to it, both mentally and physically and there is no space to worry about what you’ve got to do tomorrow, or next week or next year, because your only focus is your Karate.

These breaks from the stresses of everyday life can be vital, and can help with conditions such as depression and anxiety. Also, as an adult, when do we actually learn a new skill, or get to improve or achieve and make ourselves proud? Similarly, how often do we do something that makes us nervous, or pushes our boundaries?

Yes, there are achievements and special moments in life. Maybe you get a promotion at work, pass your driving test, or knock a few seconds off your best parkrun time – but achieving your next grade, or winning a medal at a tournament is something unique. Particularly when you know how much time and effort you’ve put in.

Maybe you’ve got some concerns?

You may not be as fit as you would like to be, or maybe you’ve never been good at sport. Lots of people don’t enjoy traditional sporting activities because the focus is on competition, and you worry about letting down teammates. Yet here’s the thing about Karate. It isn’t a sport, it’s a martial art. You don’t have to compete with other people and no one is keeping score. You can’t ever let anyone down, because your only competition is with yourself, to be better than you were last lesson, or last week, or last year. You’re running your own race.

But what if you do want to compete? Well, that’s covered too as there are regular regional and national tournaments, but it doesn’t have to be the only focus of your training.

Maybe your concerns are different. You might think you are too old or overweight, you might struggle to learn new things, or have disabilities or limitations, but there really is no ‘wrong’ body or mind for Karate. Yes, some may find it easier than others, but classes feature all ages, shapes and sizes. Karate is accessible to every one of them.

The truth is that until you try it, you will never know for sure whether it’s the right thing for you. Maybe you won’t enjoy it, and that’s fine, but maybe you’ll think that it’s great and like the rest of us, wonder why it took you so long to get started.