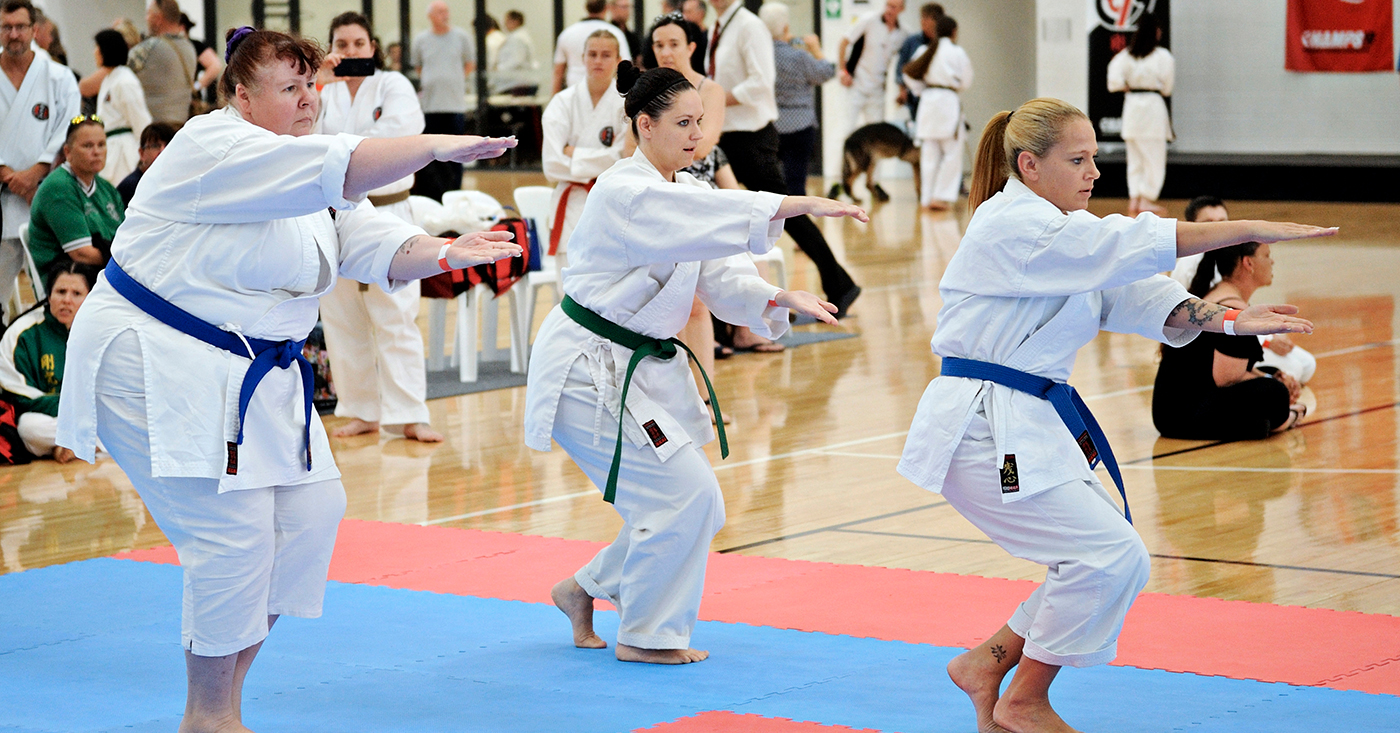 When people think of karate’s weapons, three things usually come to mind; punches, blocks, and kicks. One thing that rarely comes to mind on the topic of weapons is ‘stances’. Stances are something every student learns in their first class, and continues to practise in every class thereafter. But why are stances important, and what relevance do they have to our karate journey?

Why Stances Are So Important

Stances are the support system for karate’s entire combat repertoire. Whether we are blocking, striking, kicking or grappling, any technique will suffer without a co-existing quality stance.

Or in those moments where you have an opportunity to launch a pre-emptive strike, a quality stance will add balance, power and reach whereas a poor stance will find our techniques largely ineffective.

Try the following quick exercise. Stand in front of a wall at a distance of slightly less than one arm’s length. With both feet in a ready stance, push against the wall. You’ll find yourself propelled backward and will have to step back to prevent stumbling backward. Now try the same exercise in a Zenkutsu-Dachi (long forward stance). What is the result now? You’re able to keep your balance and now be able to push back against the wall. You have now discovered the strength in stance-work.

Stances Are Not Just About The Legs

The most common misconception people have with stances is they believe them to be all about waist-to-toe. Stances are in fact a head-to-toe process.

Take a long forward stance for example; if you just tense up the legs without tensing the body, and someone pushed on your shoulders, you would still fall over. To create a rock solid platform, at the moment the stance lands, the entire body must be in the correct position and tense up. The hips and shoulders must remain upright not only as you stand still but also when you move forward and back. Don’t allow your body to lean forward, backward or side to side as it not only adjusts your balance and weakens your stances, but also prevents the legs from working properly.

Treat stances like any other technique and only tense at the end to lock them into place – then relax immediately. 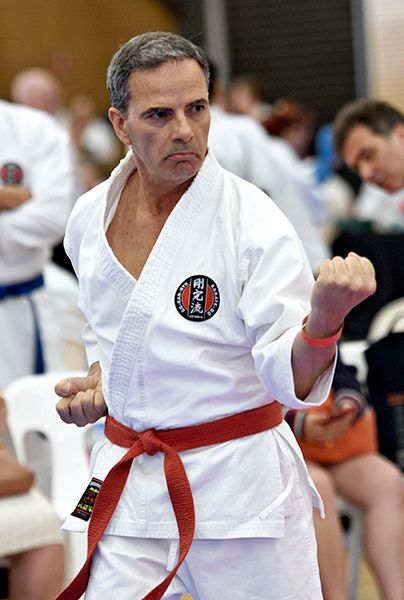 The Five Areas Of Stances

There are five areas we need to focus on when working with stances: feet, length, width, depth, and posture.

Feet: Check your feet. Are they turned into the correct positions? And are they entirely flat on the ground creating as much surface area as possible?
Length: Check the length. Is it the required distance? Sometimes taller people must go slightly longer (for example, along forwarding stance 2.5 shoulder widths long instead of 2).
Width: Check the width. Are your feet the correct distance apart for the stance?
Depth: Check the depth. Are the knees and legs in the right positions, and is your body at the correct height?
Posture: Check your posture. Is your back straight, pushing through the hips?

Our stances also offer hidden secrets. Take Sumo stance for example, this is designed for close quarter grappling in self-defence. But there are also many other benefits. It reminds us of the importance of getting low (the lower your centre of gravity the more stable you are), serves to strengthen our legs for other stances and for kicks and builds stamina in the leg muscles. You also gain flexibility as you work to perfect this stance.

Having a good understanding and appreciation for stances will enhance our overall karate. Whether you want to have strong basics, strong kata or strong kumite, it won’t happen unless you have strong stance-work because stances are the foundation for our fundamentals.