Climbing Back Up the Mountain | GKR Karate

Have you ever missed a month of training due to illness? Missed two months because you were flat out at work? Missed three months with a back injury, or six months due to pregnancy? If not, it’s likely you will at some point. Karate is not a competitive seasonal sport but a lifetime journey.

Climbing Back Up the Mountain 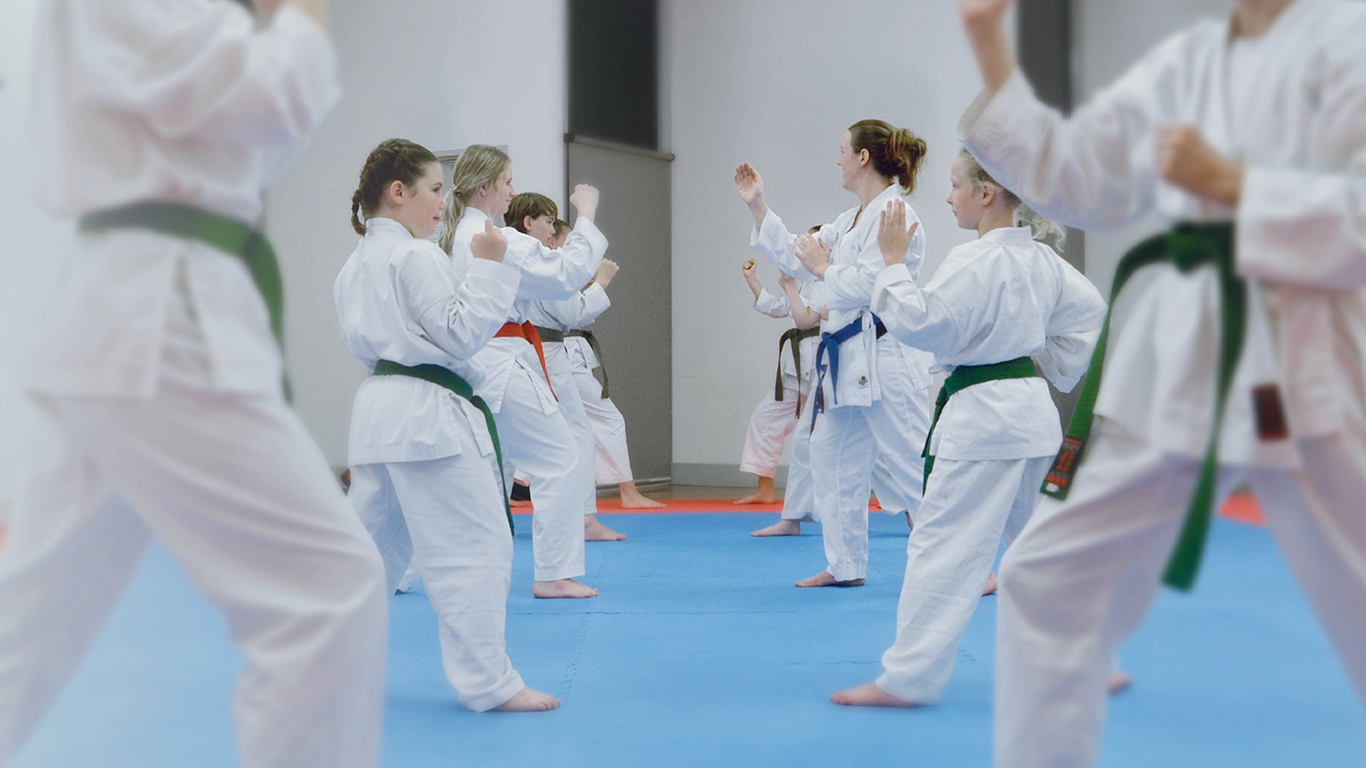 Climbing Back Up the Mountain

Have you ever missed a month of training due to illness? Missed two months because you were flat out at work? Missed three months with a back injury, or six months due to pregnancy? If not, it’s likely you will at some point. Karate is not a competitive seasonal sport but a lifetime journey. In short, it’s about longevity and anything of this nature is going to have ups and downs. Life can distract us and at times one area of life can demand our full attention. This is why it’s perfectly understandable that students sometimes miss a period of training. Of course, being organized to get to at least 2 classes per week is ideal; it keeps our goals on track and maintains balance in our lives, but occasionally it’s beyond our control and were forced onto the sidelines.

The Universe Is Speaking

Some throw in the towel when forced onto the sideline. As much as they enjoy training, they feel as though the universe is bullying them. Work, injuries, illness etc, they’ve been chosen to have every case of bad luck. The universe is speaking and they begin to think “give up”. The universe, however, does not victimize people. We’re all plagued with negatives from time-to-time and we simply need to ride them out. We’re all entitled to have a hobby, stress-release, and enjoyment, and so if life is preventing these, it’s more likely the universe is telling you to get better organised; to take better care of your health; warm up properly to prevent injuries; visit a physio for treatment or avoid kicking for a while. It’s telling you to speak to your boss about delegating some of your workloads or to look for another job. The universe is speaking, but it’s certainly not telling you to give up.

Beyond feeling that fate is against them, there are other reasons why students quit after a break. They feel their fitness, flexibility, and technique slipping away and dread the idea of beginning again. Sliding down a mountain and having to climb back up to where you once proved too much of a deterrent for some. Others do make it back but some focus too much on starting over again; on how rusty or how sore they are. Some even feel extra frustration because others have since graded ahead of them. Soon they also decide it’s not worthwhile trying to climb a second time and drop out.

As discussed earlier, karate is about longevity and having its ups and downs. We all have periods where we slide backward after a break, but we get back in, climb back up and continue to progress higher than we ever were before. We can almost count on a future setback at some point, in which case we need to ride it out again, get back in, climb back up and progress even higher still. It’s like a jagged line with ups and downs, but each down is higher up than the previous.

The good news about climbing a mountain the second time is it’s that much easier. The first climb requires you to learn the route – the most time-consuming part. The second time around you may feel sore, rusty and lack flexibility but you don’t have to learn the route; merely remember it. Not only will you get your technique back sooner, a second time around you will get your flexibility back quicker, shed the weight quickly and get your fitness back much quicker. And it shouldn’t matter that others have graded ahead of you because karate is not a race!

Did you ever think that coming back from a break could be a blessing in disguise? While we progress most though consistent training, we can also hit roadblocks by developing bad physical habits that prove hard to break. Time off may cause us to slide back, but they also allow our bodies to start afresh upon return. No longer with conditioned physical responses, we accept change more easily. Furthermore, because our physical body always moves towards the images our mind projects, we also stagnate due to poor mental habits. Much the same way as where we struggle for hours to write an essay or speech, then come back a day or two later and quickly see 10 ways we could improve it, a period on the sideline allows our mind to switch off. Coming back, we’re able to see things with new eyes, and these new mental images allow our body to move more effectively.